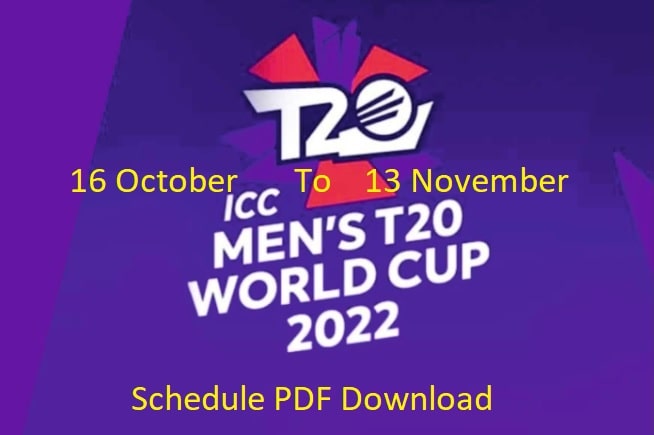 ICC T20 World Cup 2022 will be hosted by the defending Champions Australia who lifted their maiden title last year. This will be the eighth edition of the tournament and is scheduled to be played between 16 October to 13 November. The tournament was originally scheduled to take place in 2020 but it was postponed due to the Covid-19.

The International Cricket Council (ICC) announced the fixtures of the mega event. A total of 45 matches will be played and 16 teams will participate in the hunt for the silverware. The Super 12 Stage of the tournament will begin on October 22 and the tournament will conclude on November 13 at the MCG.

The tournament will kick off with Aaron Finch’s Australia-facing arch-rivals New Zealand in what happens to be a rematch of last year’s final match at the SCG. On the other hand, Rohit Sharma’s Team India will begin their tournament by facing arch-rivals Pakistan on October 23 at the MCG.

Group 1 of the Super 12s features- Australia, England, New Zealand, Afghanistan along with the winners of Group A qualifiers and the runners-up of Group B.