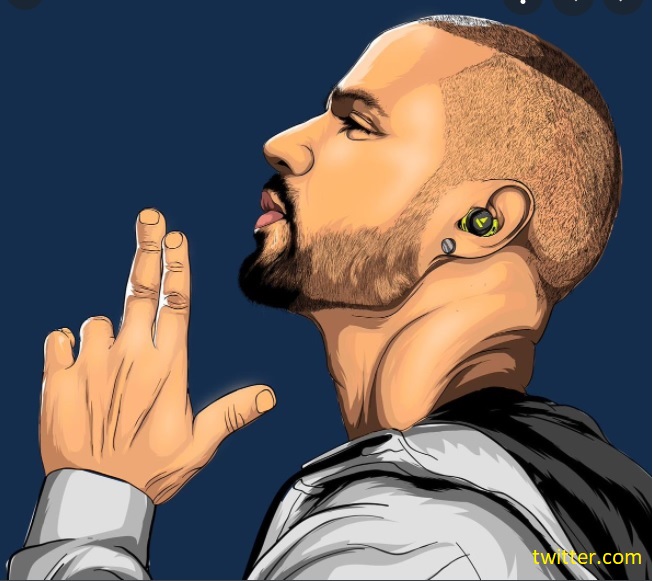 Shikhar Dhawan, the man with one of the best mustaches, the flamboyant and charismatic Indian cricketer, nicknamed “the Gabbar,” was born on 5th December 1985 in Delhi into a Punjabi Family. The swashbuckling Left-Handed opener made an impact right away in his debut test match against Australia at Mohali in 2013.

Dhawan played a memorable knock of 187 runs from just 174 balls. This is the fastest hundred on Test Debut by any batsmen ever. Dhawan is famous for this Punjabi Tadka, which he brings to the cricket field while taking any catch. His way of celebration defines the personality Shikhar Dhawan possesses.

Shikhar Dhawan Stats As A Player

Man of the Series awards– 3

Dhawan represented Delhi in domestic cricket before getting India’s ODI cap in the year 2010 against Australia. He played his 100th ODI against South Africa.

Shikhar became the first Indian batsman to score a century on his 100th One Day International. He started opening the batting with Rohit Sharma in ICC Champion’s trophy 2013, and the pair became very successful.

After giving consistent performance in the 2012-2013 domestic season, Shikhar was selected for the 4 match Australia test series as a third opener. Sehwag was dropped after the second test, which allowed Shikhar Dhawan to feature in the playing X1.

He grabbed it with both hands scoring 187 runs from 174 balls. Shikhar Dhawan made his T20 debut against West Indies in June 2011. In 2018, Dhawan scored the most runs in T20 by any cricketer.

Shikhar Dhawan Stats As a Captain, And His IPL Journey

Dhawan won the first ODI Series under his captaincy as a temporary white-ball captain against Sri Lanka.

Dhawan started his IPL journey with Delhi Daredevils in the year 2008. He scored 4 half-centuries and was the third-highest scorer for the franchise. He then played for Mumbai Indian for the next two seasons. Dhawan was appointed as the captain of Sunrisers Hyderabad in 2013.

Under his captaincy, the team went on to reach the play-off stage. He captained the side in 16 matches. The team won 10 games and lost 6. Later in the year 2014, he was removed from the captaincy.

Sunrisers Hyderabad traded him with the Delhi Capitals in 2019 for 5.2 crores. In IPL 2022 mega auction Punjab Kings buy Shikhar Dhawan for 8.25 crores. Currently, Shikhar Dhawan is the second-highest run-scorer followed by Virat Kohli in IPL.

Last year Shikhar Dhawan was named the captain for ODI and T20 series against Sri Lanka. Team India won both the series under Dhawan’s captaincy.