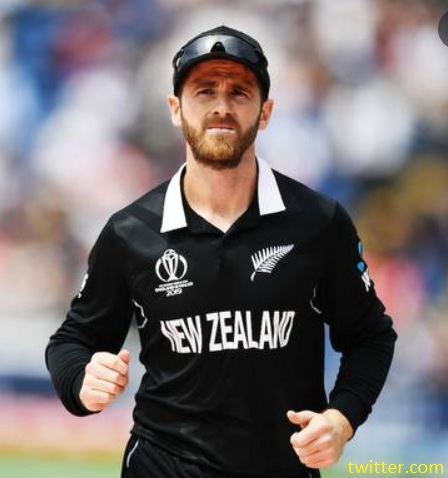 Kane Williamson was born on August 8, 1990. He is a New Zealand cricketer who presently serves as the national side captain in all formats. He is a right-handed batsman who also bowls off-spin on occasion. Williamson has been arguably New Zealand’s best batter since the great Martin Crowe.

Apart from being adept against quick bowling, his remarkable skills include the rare non-Asian ability to play quality spin. Apart from being the captain, Williamson has also been the backbone of New Zealand’s batting since his Under-19 days.

Williamson made his international debut in 2010. He continued to score runs in the following years, but not at the high level that he would anticipated. That changed in 2014 when he broke a slew of records during an ODI series against India at home. He became only the second batsman in ODI history (after Yasir Hameed) to score fifty or more in each of the five games.

Kane also became the fourth New Zealand player to score five or more fifty-plus runs in ODIs in a row. He also has the most fifty-plus scores by a New Zealand batsman in a bilateral series with five.

Kane Williamson Stats As a Captain

Williamson was a regular player with leadership skills; therefore, it was only a matter of time until he was named New Zealand’s captain across all formats. He became the captain of New Zealand in March 2016. His memorable stint as the captain includes the ICC world cup 2019, where he led his team to the final, only to be unlucky in the summit clash against England.

Also Read: VIRAT KOHLI STATS AS A PLAYER AND CAPTAIN

In 2021, Kane Williamson has led his team to a remarkable victory against India in the inaugural ICC Test championship.

Kane Williamson, regarded as a classic Test batsman, was signed by the Sunrisers Hyderabad for less than $100,000, yet he did not pay off in his first season, especially considering the limited opportunities he got in an unfamiliar lower-middle order position.

Williamson was a member of the team that won their first title under David Warner’s captaincy in 2016, and he was retained for the 2017 season (for $460,500) as the organization showed faith in him and his ability to be the rock in the batting order around which the innings could be built.

However, following the 2018 auction, David Warner was banned from the IPL for the 2018 season and stripped of his captaincy, and the franchise handed Williamson the reins for the season. He also led his team to the final, only to lose to the Chennai Super Kings in the playoffs for the second time. Currently, he is the captain of Sunrisers Hyderabad (SRH). (TATA IPL 2022).

In the IPL, Williamson has captained SRH in 32 games, winning 15 and losing 16 and 1 draw. Kane Williamson is one of the most respected Cricketers across the globe. He is highly regarded as one of the best batsmen playing the game of cricket.